* In case of any delay in receiving the OTP, you may verify it later. Please proceed without verification.

Enter your City name or Pincode

Taraori is a small municipal council town in Karnal District of Haryana, located some 25 kms away from main city of Karnal. This town was the place where great Battle of Taraori was fought between Prtihivraj Chauhan and Muhammad Ghauri. The battle that supposedly change destiny of India. Today Taraori, however, is steadily moving ahead with today’s modern times. The past history of war and battles is rarely affecting its pursuit to embrace changes of today’s present world. More about its past history and present existing condition of this town has been exhaustively in below paragraphs. Our exhaustive information will surely help in understanding this town in much better way. 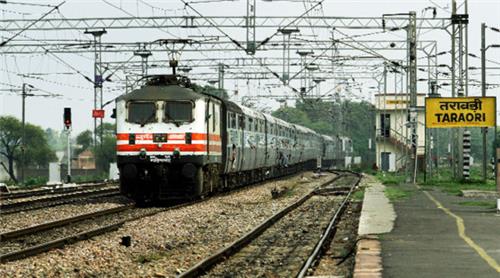 Taraori witnessed probably the most decisive battle in medieval Indian history. This battle is today famously referred to as ‘Battle of Taraori’, that was fought twice between Rajput king Prithviraj Chauhan and Muhammad Ghauri. The first battle was won by Prithviraj Chauhan, but only to be crushed to humiliating defeat in second and last battle. This humiliating defeat changed the fate of the country and led to the establishment of Muslim rule in India. This is to say that had Prithviraj Chauhan not tasted defeat in second battle of Taraori, then great Muslim Empires like Delhi Sultanate and Mughal Empire would have never got a strong foothold in Indian subcontinent. It is for this reason that battle of Taraori is widely regarded as one of the most decisive battles in Indian history.

Like all other towns and cities, even Taraori town has civic administrative needs, which are duly looked up on by Taraori Municipal Committee or Municipal Council. It is just like any other local civic administrative body. This is to say that even it is divided in certain number of wards and for which elections are fought once in every 5 years. As of today Taraori Municipal Committee has total 15 wards in it. As per 2011 census approximately 26,000 people were living across these 15 wards. Taraori Municipality obviously has to supply all the basic civic amenities to all these wards, the most important being supply of drinking water. Besides, it also has to maintain street lights and drainage system in all wards. And most importantly it also has to collect property taxes from all households coming under its jurisdiction.

Economy of Taraori is mostly agrarian based. This fact actually shouldn’t surprise anyone, as Taraori falls in agriculturally rich belt of Karnal region which itself is referred to as ‘Rice Bowl of India’. This title has been obviously accorded for huge production of rice it boosts. Therefore influence of rice or paddy crop on Taraori’s agrarian economy is but obvious. This is to say that almost all local farmers of Taraori region produces paddy crop in huge quantity. However, other crops like wheat, sugarcane and even horticultural crops bear equal weight-age on its agrarian economy. As for industrial sector is concerned, then few small and medium scale agro based industries do operate here. These few agro based plants along with few other small industrial plants is what makes up the local industrial sector here. The overall size and economic scale of industrial sector is obviously very small, but it still makes a significant contribution to employment and revenue generation.

Today transportation services in Taraori is decent enough to be termed as ‘pretty reliable’, if not efficient and robust. Starting first with local transportation, then today Taraori boosts pretty good number of auto rickshaws across the town. Thank to them today Taraori’s local commuters can travel to any important commercial and residential destination in matter of short time. The biggest auto rickshaw stand is available outside Taraori Bus Stand and Taraori Railway Station. This brings us to connectivity where obviously local bus stand and local railway station play a very important role. Talking specifically about Taraori Railway Station, then it is directly connected to important cities like Amritsar, Ambala, Karnal, Kurukshetra and Delhi. Everyday thousands of Taraori’s local commuters flock to this railway station to travel to length and breadth of Haryana and other North Indian states.

Today Taraori citizens are enjoying and availing same modern banking services that all citizens in urban developed cities are enjoying. This is possible obviously because today many reputed banks are operating their branches here, including prestigious banks like State Bank of India, ICICI Bank and HDFC Bank have their branches here. Besides all these prestigious banks, Taraori town is also well served by small micro finance companies and local cooperative banks. Talking specifically about micro finance companies, then they are more prevalent in small adjoining villages, where reach of banks is very limited.

Safety and Security in Taraori

With crime rates always being low, law and order in Taraori can only be described very stable and peaceful indeed. However, local police station in Taraori still remains vigilant to keep all anti social elements at bay. And to their credit they have been largely successful in this noble pursuit. Overall, Taraori’s citizens don’t have to worry at all about their safety and security. They go about their day to day lives without any fear or worry. Besides, important commercial institutions like banks, hotels also operate their business without any fear.

Comments / Discussion Board - About Taraori